The IRS said the prepaid debit card will arrive in a plain envelope from Money Network Cardholder Services, which some have reportedly mistaken as junk mail.

WASHINGTON - As millions of Americans await their stimulus payment being sent in the form of a prepaid debit card, some may not realize exactly what it is when it finally arrives to their mailbox.

The IRS said the Economic Impact Payment cards will arrive in a plain envelope being issued from Money Network Cardholder Services. The cards are being distributed to some individuals without bank account information on file with the IRS.

But some have reportedly mistaken the envelopes for junk mail and almost thrown them away. A woman in Texas said she was certain the $1,200 delivery was actually spam.

“At first glance you would throw it away. You would. Especially if Money Network is not your bank,” Vicki Wade of Belton, Texas, told local news station KCEN-TV. “It’s not my bank and no one I do business with.”

Another confused recipient, David Starr, said he had never heard of MetaBank and was expecting his payment to arrive in the form of a check, rather than a card. Starr, who lives in Houston, said “it looked like a piece of junk mail, and so I almost threw it in the trash.”

“I became confused. I mean here comes this card that I am not expecting, from a bank I never heard of, MetaBank, and it just felt like a complete scam," Starr told CNN. “I was actually quite angry about it.” 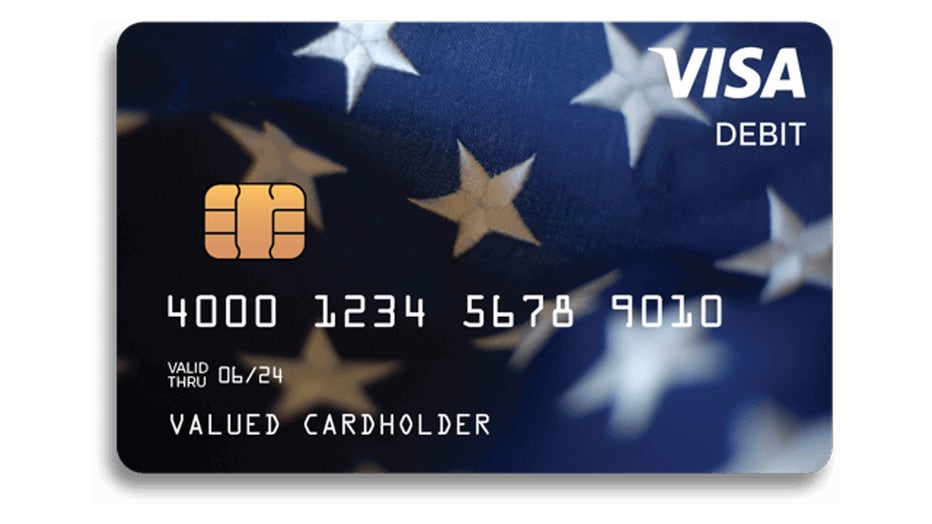 The IRS said the prepaid debit card will arrive in a plain envelope from Money Network Cardholder Services. You’ll know it’s legitimate if it features the Visa logo on the front of the card, as well as the name MetaBank on the back. (Photo credit: Mo

RELATED: A guide to surviving financially as the bills come due

Authorities in several states have reported similar instances of consumers inquiring about its legitimacy.

The Better Business Bureau of North Alabama said it has received calls from residents reporting “unmarked envelopes” claiming to be stimulus money, according to WHNT. The state attorney general’s office in Iowa has heard similar concerns.

The IRS said the Visa logo will appear on the front of the card — and the back of the card has the name MetaBank, the IRS’ issuing bank. It also comes with information explaining that the card is an Economic Impact Payment Card and instructions on how to activate it.

Those who receive the prepaid debit card can withdraw cash from ATMs, transfer funds to their personal bank account, use it anywhere that Visa is accepted and check the balance of their card online or by phone.

Lost cards can be replaced by calling the customer service line 1-800-240-8100, according to Money Network Cardholder Services.

In April, the federal government began sending one-time direct payments of $1,200 per adult making up to $75,000 a year as part of the $2.2 trillion CARES Act approved by Congress to offer financial help during the COVID-19 pandemic.

Those who were eligible to receive the stimulus payment may have received it by either a direct deposit to their bank account or a paper check in the mail. The U.S. Treasury Department began sending the payment in the form of prepaid debit cards this month.

The IRS said last week it has issued more than 140 million economic impact payments worth more than $239 billion.

How to check the status of your stimulus payment

The IRS anticipates sending more than 150 million payments as part of a massive coronavirus rescue package.

In addition to some confusing the debit cards as a potential scam, the distribution has suffered other hiccups — including an overwhelmed website, payments to deceased taxpayers and money sent to inactive accounts.

This story was reported from Cincinnati.